Ever since I started reading more books in Lockdown and getting involved with BookTwitter, that little need to start requesting books on Netgalley resurfaced again! Being approved for a more popular arc still seems like a distant dream, however after scrolling through the Read Now section I came across The Carpet Cipher by Jane Thornley which sang out to my inner historical-mystery soul. Big thanks to Netgalley and the publishers BooksGoSocial / Riverflow Press for my free e-book in exchange for an honest review.

Can a painting hold a secret safe in plain sight across seven centuries? The murder of the last member of an old Venetian family peels back the rug on a shocking truth that draws art historian and textile expert Phoebe McCabe into the fray.

What she sees in the missing Renaissance symbology will shake the foundations of religious and cultural assumptions across two continents and point the way to a priceless hoard. It’s a secret potent enough to pitch rival factions against Phoebe and her team while destroying history as collateral damage along the way.

By the time Phoebe tracks down the truth to its final destination, she’ll need to face her greatest enemy armed with nothing but wry wit, an indomitable spirit, and what’s left of a broken heart. But nothing will stop this warrior of the ancient lost and found.

From the dark misty canals of Venice to the vivid souks of Marrakech, Phoebe and her friends are pitched against the desperate and the entitled. Who owns a treasure buried on foreign soil? Can the poor ever win against the rich? And most importantly, can love conquer religious persecution and even time itself?

If you love twisty, action-packed mysteries driven by engaging characters set in vividly drawn locales rich in historical detail, then you’ll love this first book in the Ancient Lost and Found series. Think Robert Langdon meets Lara Croft with a side of textiles.

Why Did I Want To Read This Book?

First tick: Anything set in Italy, especially with reference to the Renaissance immediately grabs my attention and makes me read the blurb.
Second tick: Symbology, secrets, mysteries, histories and my little nerdish senses get really tingly.
Third tick: “Think Robert Langdon meets Lara Croft with a side of textiles.” Are you kidding me? To me, this would be one of the greatest pairings since Dolly Parton and Kenny Rogers sang Islands in the Stream! This is the bit that made me hit that ‘read now’ button! I was expecting BIG things from this pairing/strapline and reader… I was fooled.

Am I Missing Something…?

To start with, there’s the usual murder in the prologue. This I can cope with – it happens. Except here, we get told exactly what time and place the murder happens, then all of a sudden in chapter one, we are left wondering whether we are still in the same time and place of the aforementioned murder. Turns out…we weren’t – cue: head scratching.

We are also rapidly introduced to a whole bank of characters (including the protagonist Phoebe McCabe) and what feels like an entire spider web of backstories and events at how all of these people seem to know each other. For what is supposedly the first book in this new Agency of the Ancient Lost and Found Series, I feel like I’ve stumbled in halfway through. As it turns out, I actually did – cue: more head scratching.

Going back to do a quick Goodreads search and it turns out that Phoebe McCabe & Co. have been in 5-book series before which is why I felt like there was a bit of reliance on my prior knowledge of these characters’ escapades and a lot of info-dumping in the first few chapters. Whilst this awareness of the characters’ histories is not essential to the plot of The Carpet Cipher, the continuous references to past events from a different time/series made my reading experience feel a little disjointed, as if I couldn’t fully invest myself in all of the characters.

Phoebe herself, has a remarkable passion for textiles which bounces off the page. The references to carpets and clothing throughout the book is well-researched and clearly evident of the writer’s enthusiasm for this subject.

When I was still trying to work out what nationality Phoebe is (she works at a gallery in the UK), some of the vocabulary she used only sought to make me think she was American. Phrases like, “stuck in my craw”, “Crud, Phoebe, stop it.” and talk of ‘phyllo’ instead of filo didn’t marry up with what I would expect a British person to be saying, so is she British or is she American? Cue: even more head scratching.

She also has an over-reliance on calling the bad-guys ‘bastards’ which did grate on me towards the end. This very male-bashing attitude that radiates through her narration felt quite passive aggressive as if she has a chip on her shoulder and I found it difficult to warm to her as a character overall [from further text deduction, previous boyfriend from previous series ‘Noel’ definitely has something to do with this].

There are a whole host of other characters who feature in this story (Max, Evan, Serena, Noel, Nicolina, Seraphina, Zara, Agent Walker, Foxy, the ‘bastards’, June & Joe) but a special mention must go to Peaches. Her comedic quips and zesty attitude breathed some much-needed humour into the dialogue towards the end of the novel. I loved her Jamaicanese speech and all-around eccentricity. “Muscle Man’s coming here with Hottie on the roof?” was one of her defining moments.

The History Behind the Mystery

The plot behind this story is based around two real-life pieces of artwork; the main piece by Bartolo becoming a painting for the purposes of this story, rather than the fresco that it really is. Having looked into the real representations of these pieces of art, the author admits to taking artistic liberties with some of the elements and symbology within the pictures. The passionate historian in me was left slightly longing. Nevertheless, the conspiracy and mystery at the heart of The Carpet Cipher and the puzzle which needed to be unlocked was engaging enough to just about keep my attention span going to the end.

Lastly, my e-book notes are crammed with 39(!) highlights containing grammatical/spelling errors, alongside my own utterances of questions, queries and all of the head-scratching moments that made me shout ‘huh?’ or ‘why would you do that?’ so often that I had to check whether there was a bald-patch forming on the back of my head. Here are some of my favourites:

And my personal favourite: 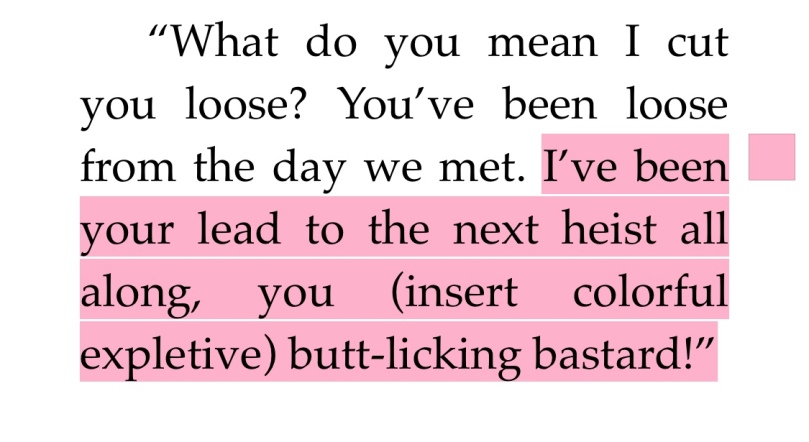 Overall, it is abundantly clear through the writing that The Carpet Cipher is a work of fiction. References to real historical facts and attitudes are minimally skimmed across the surface of the text. If you’re looking for a thrill-ride full of the common tropes found in historical mystery/thrillers then this could very well be the book for you; however, if you’re looking for a narrative that is so deeply entrenched with historical accuracy that you could genuinely believe that the conspiracy is real, then perhaps this may not quite capture your imagination for long enough.

Are you a fan of historical mysteries and thrillers or a carpet addict à la Phoebe McCabe? Feel free to recommend me a conspiracy novel that is so damned good I’ll believe it’s real!

One thought on “Biblioshelf Musings – The Carpet Cipher”